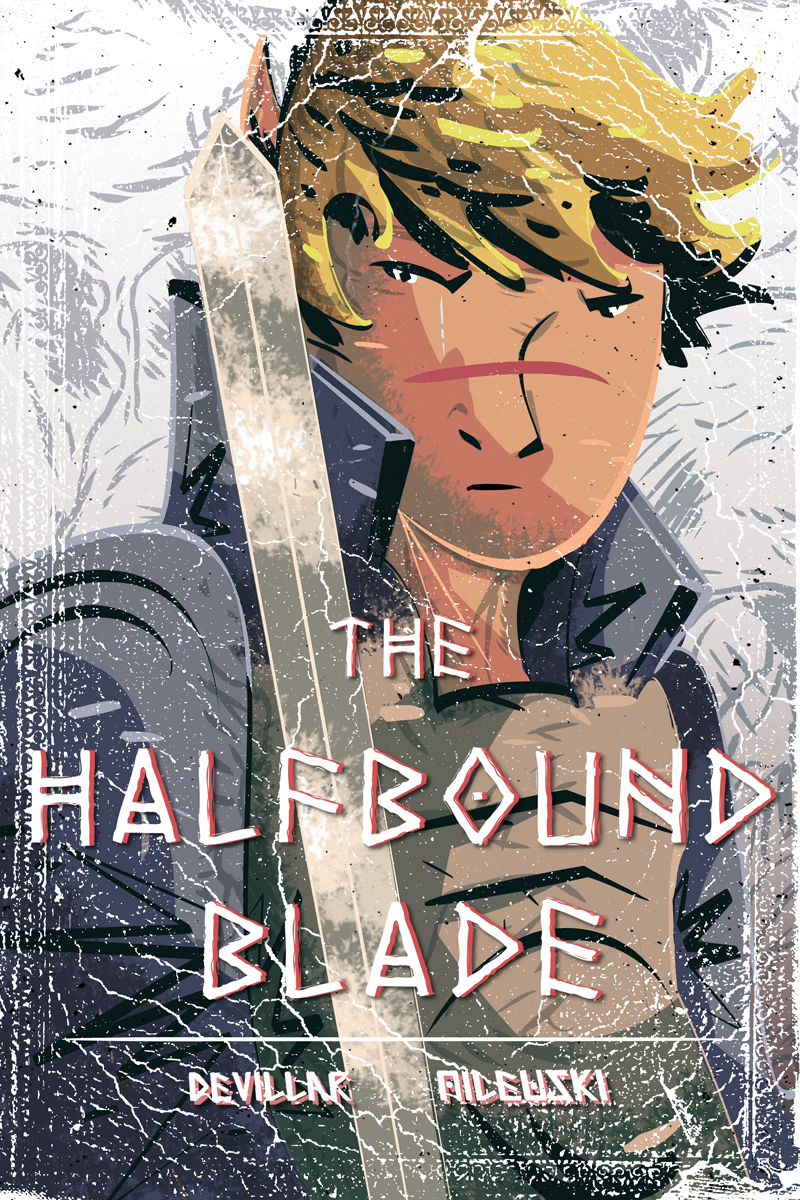 In an age where the old gods are dying, mankind is expanding its reach from once humble beginnings, forming vast empires and taming the once unconquered wilds. Ancient monsters grow more violent as they are displaced, disregarded, and disrespected by the fledgling race of humanity encroaching upon their domains. Many have begun to organize, and war looms upon the horizon.

Caught between the shifting tides of fate is Vennen, a hunter of monsters that is linked to the fading world of the arcane. Just trying to make his way through the lands he travels and earn some coin, Vennen finds himself dealing with the conflicts of humanity and monsters alike. While most of his work involves dispatching violent beasts and evil spirits terrorizing innocents, he finds that not all monsters are evil, nor all men good. And try as he might, his attempts to do what’s right don’t always lead to happy endings.

We’ll be posting a full chapter of The Halfbound Blade over the course of the next few weeks, every week day. The first three chapters of the series are complete and available as a printed book, so if you can’t wait to see what happens next, that’s an option available to you!

Thank you, and I hope you enjoy The Halfbound Blade