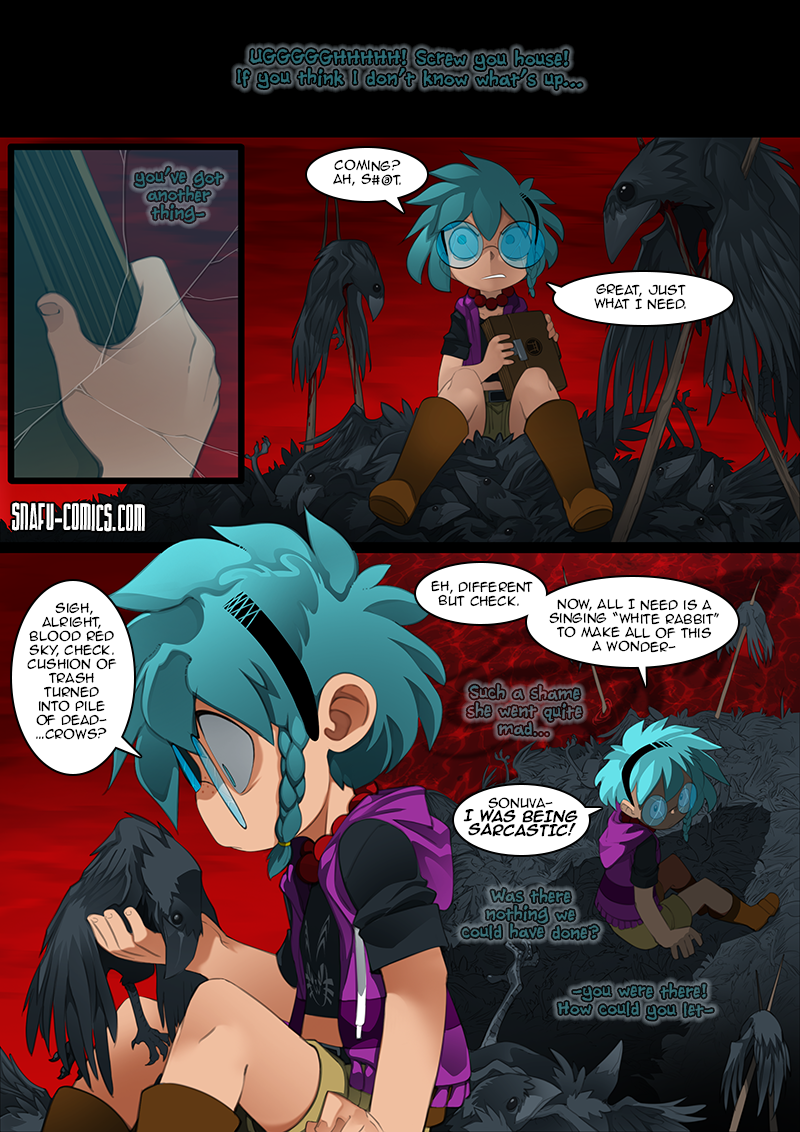 NEK: It’s just like Alice in Wonderland, just with a bit more dead crows. Okay, a LOT of dead crows.