An Unfair Flare For The HairPowerpuff Girls D 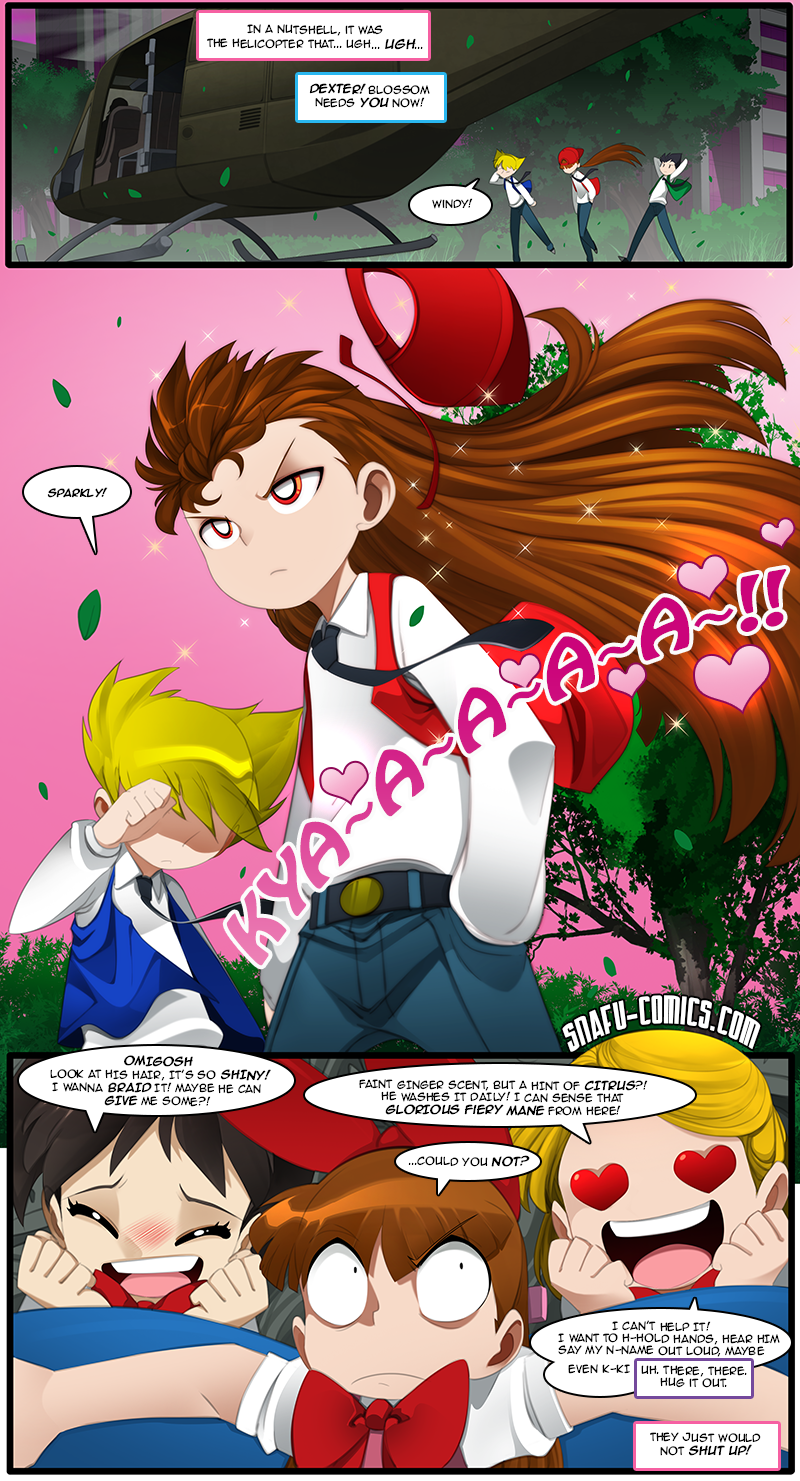 BeeAre: Now the show already used “The Mane Event”, so I couldn’t use that outright, but the connection is unmistakably there. Even in-universe, it makes sense though. Blossom has bad memories of hair glory gone quite awry, you see. So seeing people go nuts for this? Probably – perhaps mildly – makes her relive quite a hairy experience. Heh. Heh. HEH.