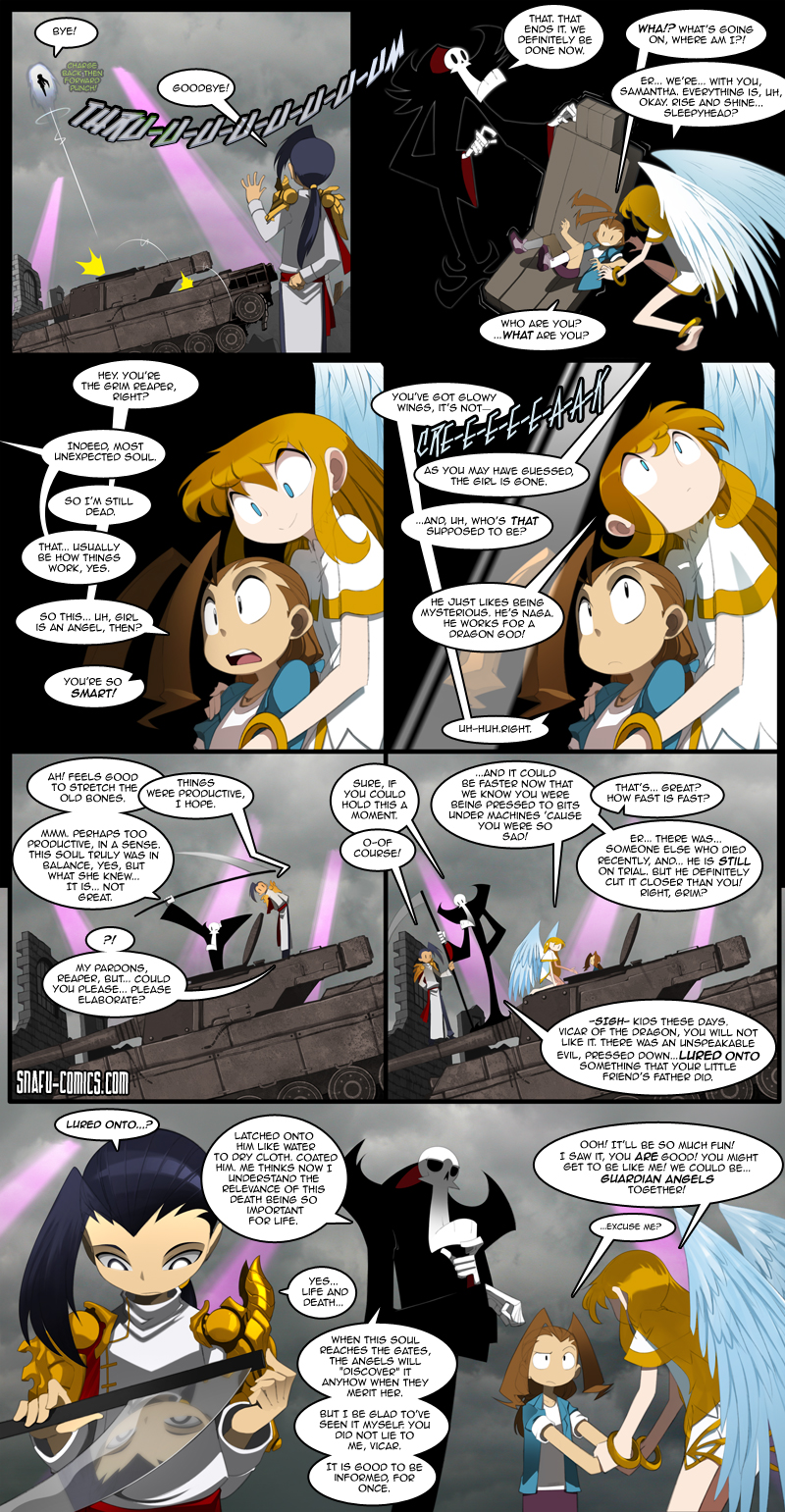 BeeAre: Naga knows to respect the scythe. Samantha is just not picking up what Dee Dee is throwing down.